The first prize at the Korean Festival is Kia’s Forte

Kia supports the event as the main sponsor.

Kia will sponsor the event as the main sponsor of the 2022 Atlanta Korean Festival, which will be held for two days on September 9th (Fri) and 10 (Sat).

At a meeting of the festival preparation committee held at the Atlanta Korean Center on the 1st, Michelle Lee, senior vice president of the Korean Association, said, “Kia has decided to sponsor $10,000 and provide a ‘Forte’ vehicle at the lowest price,” adding, “We plan to sell lottery tickets for $20 per ticket.”

Sin-beom Kang, chairman of the preparation committee, suggested, “In addition to Forte vehicles, Korean Air and Delta Air Lines’ round-trip tickets to Korea, and big prizes such as large TVs, iPads and laptop computers should be prepared.” In addition to Kia, the preparatory committee plans to contact Korean companies such as Hyundai Motor Co. and SK Corp., as well as local conglomerates such as Coca-Cola Co., Home Depot Co. and UPS Co.

Simon L:ee, chairman of the Korean Association, said, “We will contact Korean banks and large grocery stores in person to ask for cooperation,” and encouraged, “We believe the event will be successful with the enthusiastic efforts of the preparatory committee members.”

The preparatory committee plans to open a spectacular curtain with ‘bibimbap’ performances and classical performances such as ‘K String Duo ‘concert, orchestra and operatic pop through the eve festival on September 9. In addition, at 8:30 a.m. on the 24th, a golf tournament invited by Joong-sik Cho will be held at Stone Mountain Southland Golf Club. 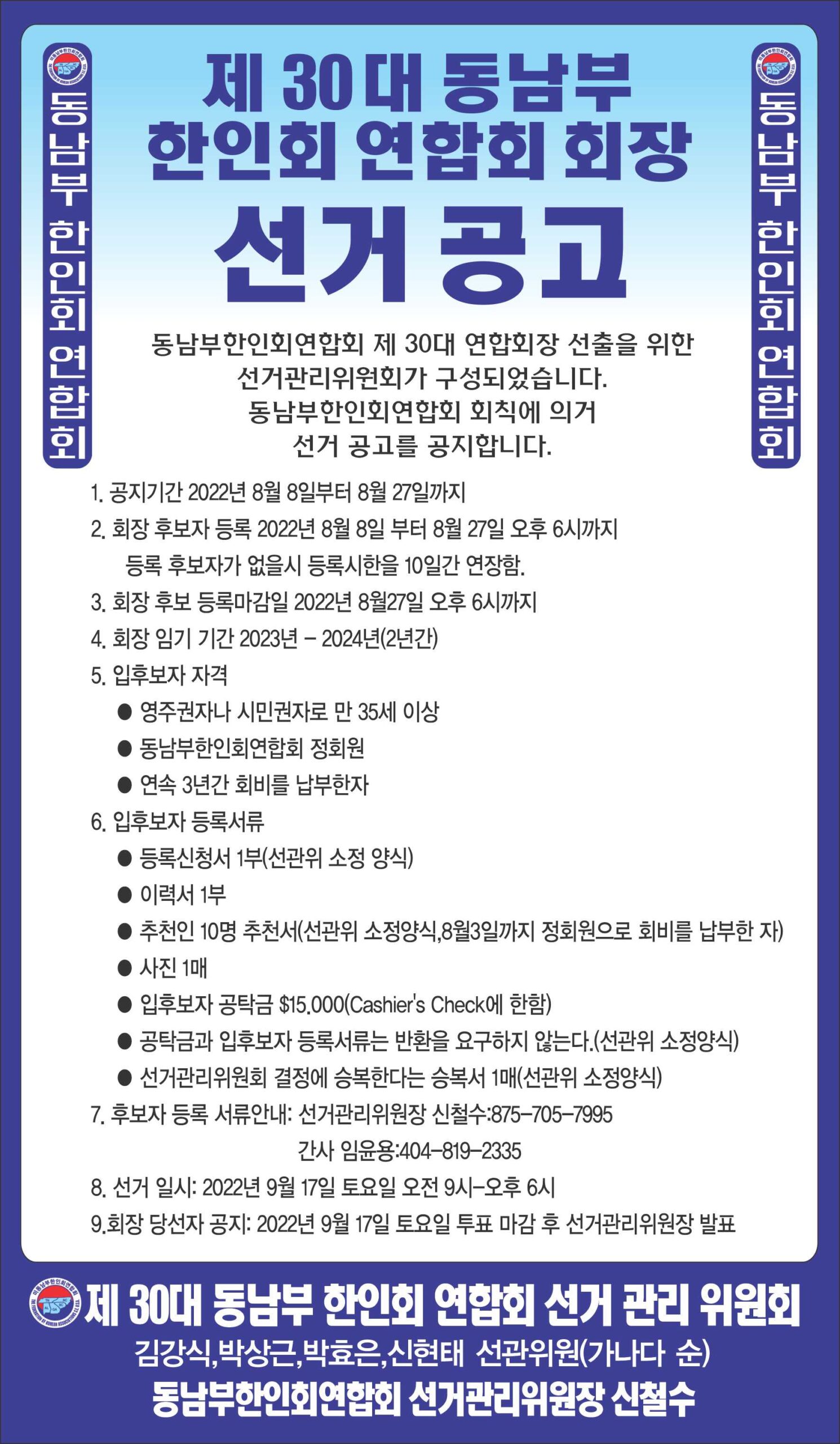